The Value of Work

As human beings, we tend to do only what is required of us, and this is true with anything in life. As a language teacher, I find that at times, students are perplexed by their lack of progress and aren't self-reflective enough to recognize that their own behavior---or lack of it---can doom them in learning a language because they only willing to learn as much as required. Few students go beyond what is mandated, but the ones that do, experience greater improvement and satisfaction in their studies. 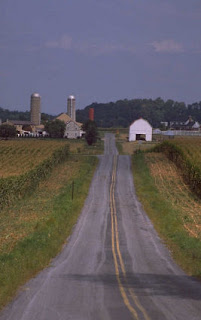 The same can be said of children and work. Growing up, we always had work and chores to do on top of any outside jobs. I worked on a farm picking vegetables and selling them at a roadside stand; I helped deliver newspapers; I worked at a fast food restaurant; I worked as a waiter; I worked as an usher at a movie theater; I worked in a factory. In all these cases, it helped teach me the value of work and to become independent and self-sufficient.

In some cases, people develop the feeling that life owes them something, that they are entitled to things without working for it. I had a student who was failing his classes and was worried about about what his parents would think when he wasn't able to get into the university. He externalize everything and blamed everyone but himself. What is was so unwilling to accept was that his poor study habits had a lot to do with his poor work ethic, not having learned this from an early age. When he found himself in trouble, he had few positive coping strategies to deal with life.

Parents have the responsibility to help kids deal with the challenges of life, particularly when they don't go our way. Success doesn't just spring from the ground without the seed being nurtured by careful planning and watering. Expecting kids to work to develop self reliance is one step toward independence and one's ability to contribute to family and society.
at September 05, 2010

Email ThisBlogThis!Share to TwitterShare to FacebookShare to Pinterest
Labels: independenc, Self reliance, work